Been feeling the itch to get on the other side of the DM screen for a change, so I dropped into a D&D Adventurers League game at my local gaming store. You always hear horror stories about the kinds of weirdos you can run into at public games, so I was a little apprehensive, but everyone at the table was great.

I played human rogue Velira Splinth. She’s a former burglar, but she’s going straight, and taking up the comparatively honest profession of adventuring. She was hastily thrown together by grabbing a name I liked from my notebook. No complex backstory, but just the name gave me enough of a sense of who she was to have some fun with a terrible cockney accent! 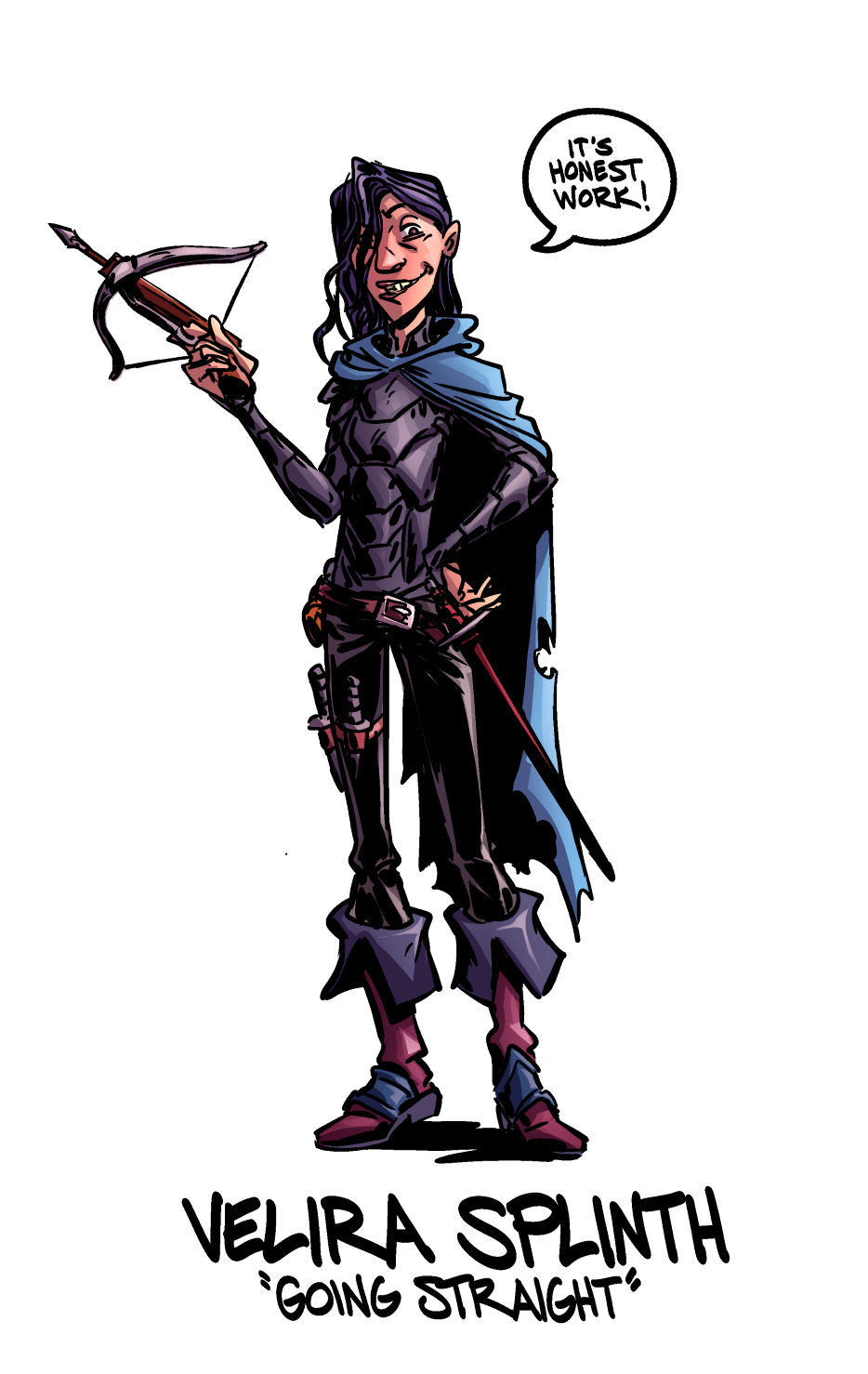